Towards the Green direction, constructive elements have already been used and consolidated (at least in the somewhat advanced design) useful for containing energy consumption.

The wall of Trombe  is a particular type of solar wall invented and patented in 1881 by Edward Morse and made famous in 1964 by the French engineer Félix Trombe. It consists of a passive wall, positioned in the south wall of the building, of a material with high thermal inertia with the external surface painted in a dark color in order to capture the greatest possible amount of solar radiation, from a glass that separates the wall of accumulation from the outside. Both the glass and the storage wall are equipped with openings that allow four types of configuration depending on the season and time of day.

In winter, during the day with the openings that give outwards closed, a convective motion takes place that extracts cold air from the internal environment and replaces it with the warm one recovered from the wall. During the winter night hours the vents are closed and the interior of the building continues to receive heat by conduction.

In the summer, during the summer daytime hours, the vents on the storage wall are closed, instead those present in the upper and lower part of the glass are open in order to exploit the ventilation to expel the hot air from the cavity and keep fresh the wall surface. On summer nights, the vents on the window are closed again and those on the massive wall are opened so that the air in contact with the glass cools, descends and re-enters the internal environment, refreshing it.

Two implementations of the Trombe wall are the solar greenhouse, more efficient for the winter period and the solar chimney, for the summer period. 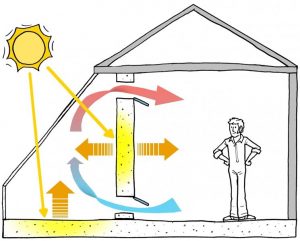 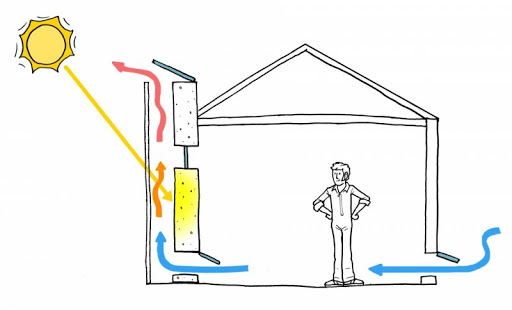 The solar chimney uses the natural draft to extract the air from the indoor environment and create a cooler air circulation.

The green walls contribute to the summer insulation of the south-facing walls. Thanks to a precise orientation of the slats, the vertical and horizontal sunshades allow the passage of solar radiation in winter and prevent it in summer. 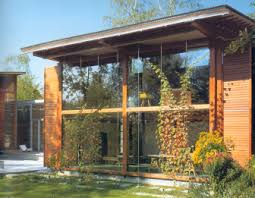 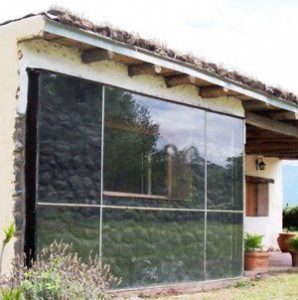 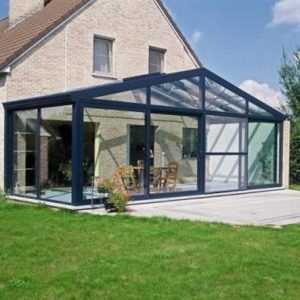 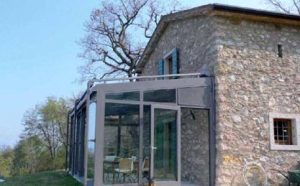 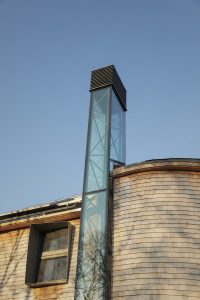 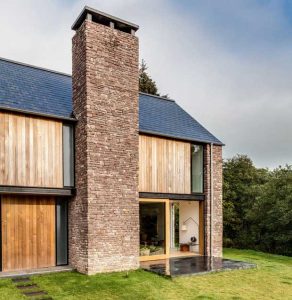 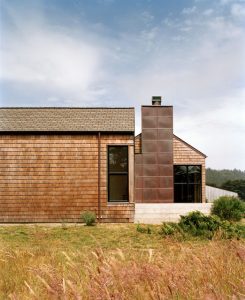 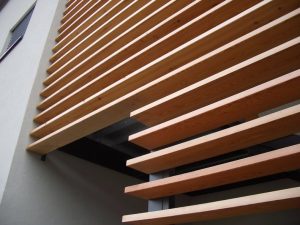 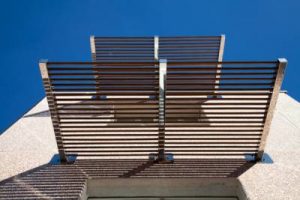 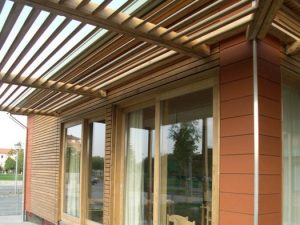 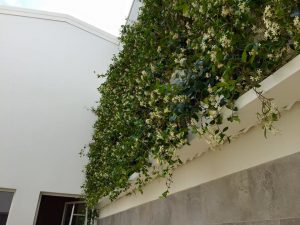 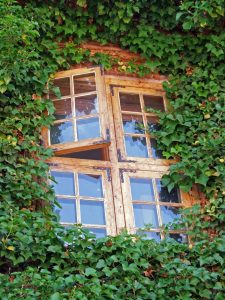 If we use these technological / constructive elements as compositional elements we could redefine a new “typos”. Thanks to the use of these elements, which are easy and immediate “to read”, the buildings in the area will appear more homogeneous, less “disconnected”, useful for defining a new building typology for a single-family home: contemporary, local and green.

It remains a challenge!

The overcoming of a trivialized interpretation of post-modernity that indicates as “good” everything that derives from tradition. This conception has been reinterpreted at the table by all the building regulations and by the implementing rules of the plans that define the building activity.

The technological / constructive elements described have not yet been incorporated by the regulations and therefore the proposal to a building commission represents a “forcing” if not an anomaly that is hardly approvable. Some regulations require specific types and surfaces of frames and blackout elements. The use of a volume intended for a solar chimney or a solar greenhouse that would be subtracted from the habitable volumes is not envisaged. The aesthetic opinion of a building commission, on an anomalous, non-traditional element, could bury the project.

Fortunately, the sensitivity towards the optimization of resources is writing new paradigms within which, we hope shortly, these different modalities will also enter.