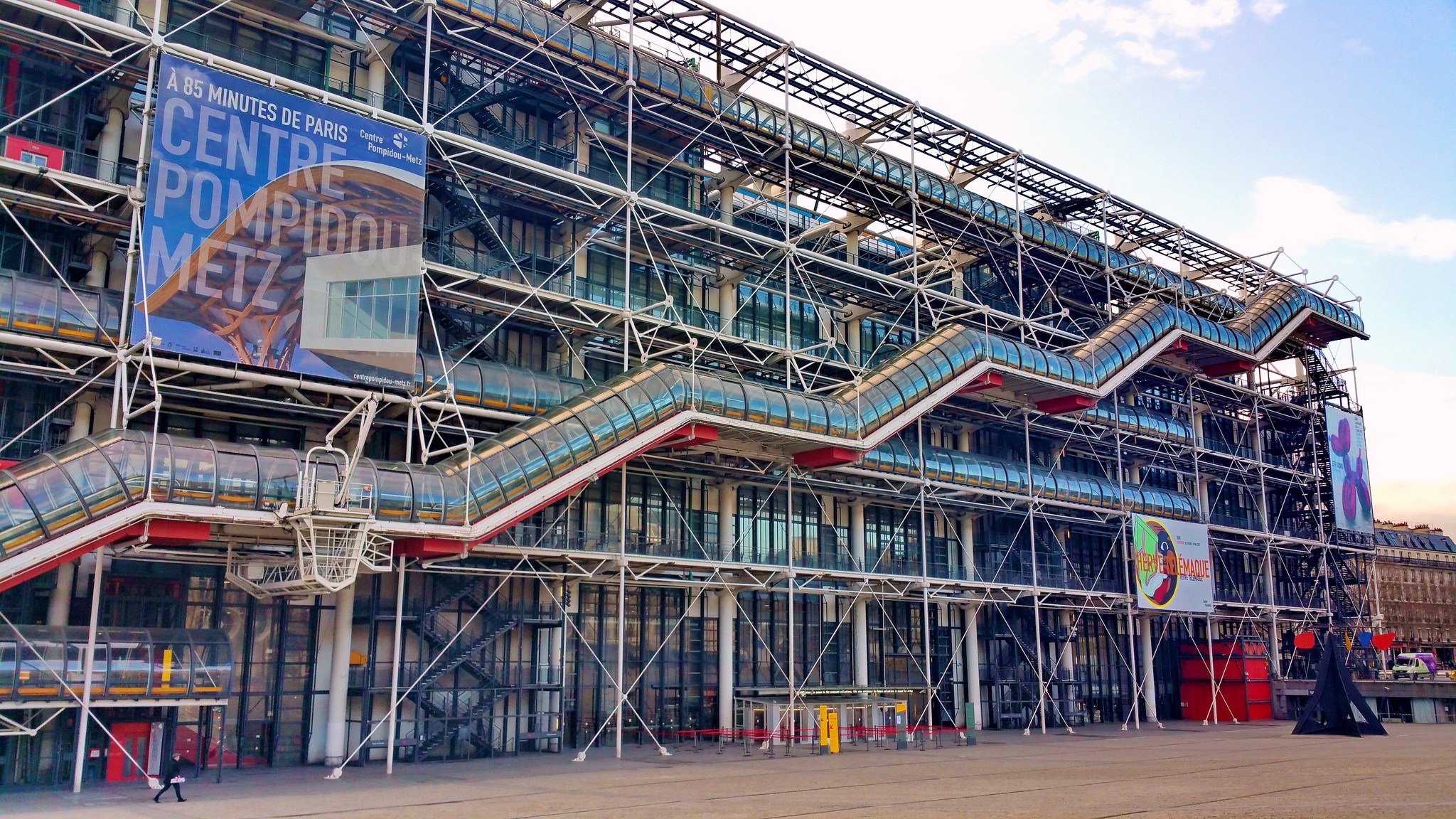 I knew the building designed by Renzo Piano and Richard Rogers through my architectural studies and I appreciated it a lot but as I walked down Rue Berger, for the first time, and saw the right side of the museum above the houses around I had the feeling of being magnetically attracted to what I saw, and I greatly accelerated the pace. I noticed the same thing happened to those who were with me and the other tourists on the road. When I reached George Pompidou Square in front of the building, I expressed my astonishment: “…!”

If the exteriors excited me, I had the real surprise once inside.

In those years, evidently due to a particular socio-economic combination, governments in Europe competed to make the most spectacular public buildings (theaters, museums, libraries).

Some called them the contemporary cathedrals through which a nation could represent its wealth and devotion to culture. The merit of the George Pompidou Center goes beyond self-celebration but gives shape to an unprecedented concept of “museographic project”, perceived by the sensitivity of the two architects, which will change the way we appreciate art and, in general, culture.

The appearance of a sort of “factory”, out of scale and without any reference to the historical context, has the merit of representing very well the Cultural Center as a nodal point, a formidable “emerging” – trivially the “factory of culture” – but it is the consequence of other considerations, those that have generated the archetype that contemporary art waited for.

All the artists would like to exhibit in a correctly imagined space around their works and on the other hand even the curators of the exhibitions would like to overcome the limits that an imposed space determines to the disadvantage of the “story” they intend to develop. Instead it often happens that the works are selecetd to be inserted in an existing space and the curators adapt their “museographic tell” to the spaces they find.

The designers’ intuition was to imagine the eigth floors of which it is composed (45,000 square meters in total) free of load-bearing structures, with the technological systems transferred to the back and stairways and elevators on the front: ample free space to be adapted, with movable bulkheads and versatile lighting systems, to contemporary art exhibitions. For the first time the spaces are designed around the works of art to create a whole and the installation can make use of an accomplished “museographic project”.

The passage from “objects” to “spaces”, from “spectators” to “participants” finds its maximum expression, a few years after the inauguration of the Center, in an exhibition that some critics considered one of the most influential of the last 35 years and capable of changing ideas about contemporary art: Les Immatériaux.

Curated by the philosopher Jean-François Lyotard and Thierry Chaput, the exhibits were immaterial, non-objects (light, sounds, energy, smells, time) and the “museographic project” was the only visible part. 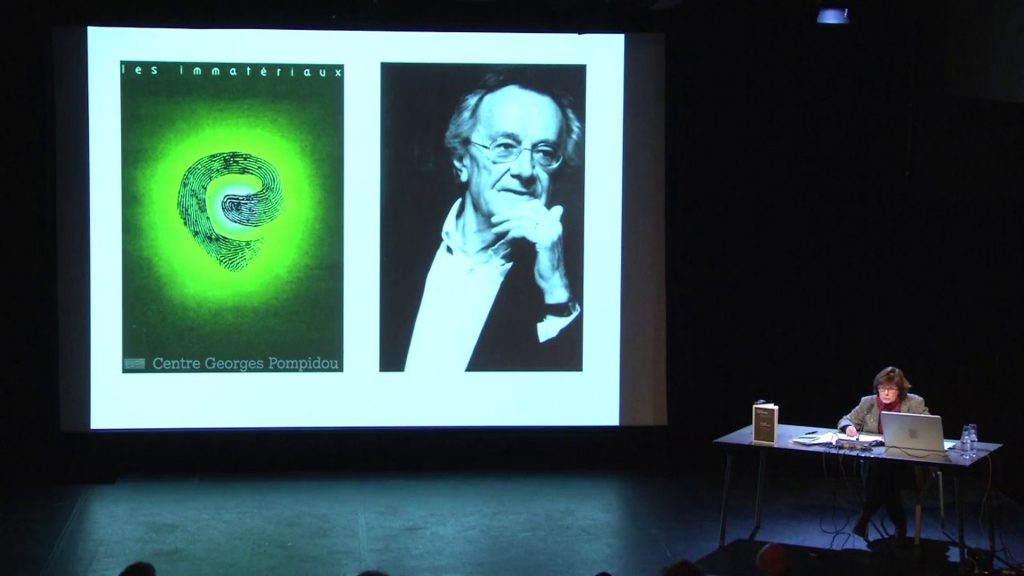